ezCoinAccess is currently working with several groups on projects and commerce beyond just U.S. borders, beginning with Western and Southern Africa, but with plans on additionally expanding into new South American territories, as well. Bitcoin "sees" no borders and can translate seamlessly into any and every currency and country on the planet; without government, bank or other 3rd party intervention. ezCoinAccess's Mission is to simply live up to its name: making the invention of Bitcoin, digital currency (in general) and Block Chain technology accessible to all people, here in the U.S. and abroad. Bitcoin has a market value and price which is 100% determined by a GLOBAL free-market through the first decentralized, open-source, peer-to-peer (P2P) trading platform of its kind. Many Emerging Middle-Income Countries (EMIC's) are now beginning to realize that it can just as easily be traded and transmitted both to and from more stable and developed economies around the world. When considering the implications of this, merchants everywhere no longer need to be constricted by local or inflationary currencies. Anyone can trade directly in bitcoin. Anywhere in the world.

Below, you can reference and become involved with the Groups whom we are presently conducting commerce with, and whom have joined forces to form their own African Trust Network; an Umbrella Organization consisting of different countries within the nation, committed to empowering and educating their fellow countrymen through the principles of liberty, Bitcoin and entrepreneurship.
Tim Tayshun
President/ Co-Founder
ezCoinAccess, LLC.

THE BITCOIN DREAM IS HAPPENING IN AFRICA
Bitcoin Magazine mentions ezCoinAccess.com on this project 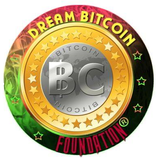 Dream Bitcoin Foundation is a non-profit organization created to empower young entrepreneurs, who are the intellectual, social and cultural life's blood of a country - in this case, Ghana. Dream Bitcoin Foundation will be raising Bitcoin funds for projects that will build a bright future for our country by bringing together all young, ambitious and self-determining entrepreneurs and enabling them to achieve their dreams, without the need for government assistance. The Foundation will enable them to establish their various businesses online to serve the international market, and their mode of payment will be through Bitcoin, which will be the means by which their dream businesses will become a reality and a viable and resourceful presence in the world. This will, in turn, enable Ghana to fulfill her dreams and potential in the global community. 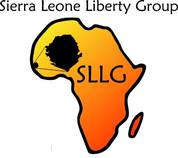 Sierra Leone Liberty Group (SLLG) is comprised of young men and women dedicated to the promotion of prosperity in Sierra Leone through entrepreneurship, private property rights, and limited government.

Sierra Leone faces many obstacles to prosperity, but the recent outbreak of Ebola in the country has created more turmoil and difficulty in the country. The group has been involved in the effort to educate people and supply soap, disinfectant, and other supplies to control it.

Alakanani Itireleng, AKA: Bitcoin Lady Botswana, is not only a fantastic public speaker, she is sort of an enigma in the bitcoin community. A visionary tucked away on the outskirts of the world, in a small country just above South Africa: Botswana, with a total population of about 2 million. Anyone who has been involved in Bitcoin for a period of time has come across her name here or there, usually in association with a number of projects she has or is spearheading. Amongst a variety of pursuits, Alah is teaching bitcoin's broad commerce opportunities with her local wood workers, leather crafters, seamstress's, necklace and bead practitioners, metallurgists and many other craftsmen and women interested in pursuing financial freedom in a country which is generally not known for such opportunities.

Below are a several links that will give you a better idea of her impact and enthusiasm on the subjects of Bitcoin and Africa:
http://motherboard.vice.com/blog/one-womans-quest-to-bring-bitcoin-to-botswana
Satoshicenter Proprietary Limited-Facebook Page
Botswana Bitcoin Meetup Info

Recommend this page on: